In this episode "We've Got Randomoids" again. This time the Big Finish Randomoid Selectortron has chosen two 8th Doctor adventures to discuss, Scaredy Cat and The Vengeance of Morbius.

Next time.... Pamela Salem joins us to talk about her career and her appearances in the Doctor Who television and audio universe.

Our special guest host for this episode is Suky Khakh from Doctor Who podcast Progtor Who and Star Trek podcast Trek This Out.

We discuss three Big Finish stories that feature classic Doctor Who villains that have so far only made a single return in audio.

Doctor Who: Return of the Krotons (6th Doctor, Charley)

Doctor Who: Return to the Web Planet (5th Doctor, Nyssa)

Doctor Who: The Feast of Axos (6th Doctor, Evelyn, Brewster)

Next time.... It's Randomoids V - Attack of the Selectortron featuring reviews of two Eigth Doctor adventures, Scaredy Cat and Vengeance of Morbius. 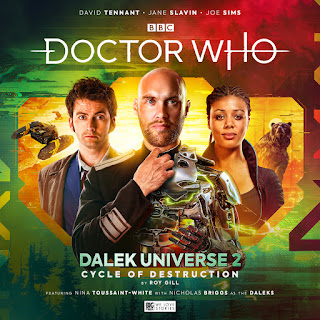 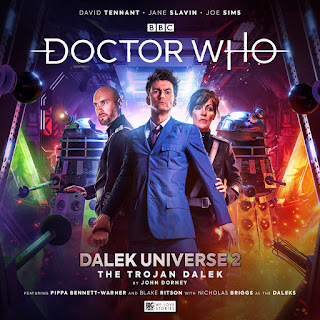 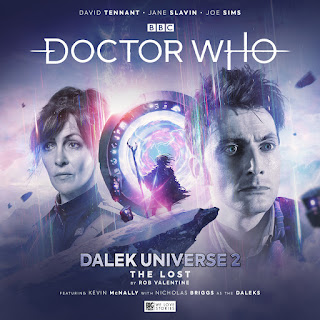 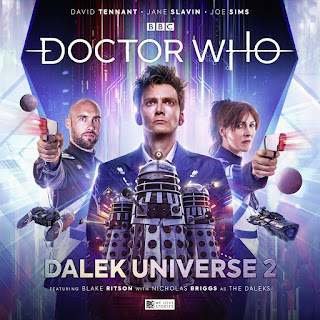 65. CHRIS THOMPSON - Listen With Your Eyes

Artwork and trailers are essential for quality audio drama. In this episode we speak with graphic artist Chris Thompson about his work in this often unsung area.

For those listening and not watching on YouTube, you may wish to check out these links to the trailers discussed:

Genetics of the Daleks

Return of the Cybermen Teaser

Next time.... Suky Khakh from Progtor Who and Trek This Out joins us to discuss three audio adventures that feature a slight return of classic series monsters, Return of the Krotons, Return to the Web Planet & The Feast of Axos.

We present our recent conversation with the delightful Katy Manning, who talks about her work for Big Finish, her play, Not A Well Woman, life in Australia and LA and much, much more.

Thank you so much for all you give to Doctor Who fans and to the world in general Katy!

Dwayne recommends Get Out by Big Scary (Music)

Next time.... Big Finish trailer producer and cover artist Chris Thompson joins us to talk about visual art in audio.