Dwayne Bunney
Dwayne was born in Sydney but is now located in Tasmania, Australia. He was introduced to Doctor Who by his dad at the age of 3 where his earliest memories are of Spearhead from Space. 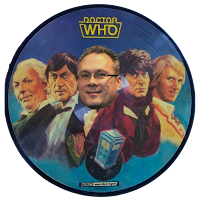 Between sneaking in episodes around his dad watching the news, he became a fan primarily through the target novelizations before high school.

At high school he starved himself so he could save his lunch money to purchase blank beta tapes and record Doctor Who off the air from the mid 80's.

It's safe to say he likes the show. 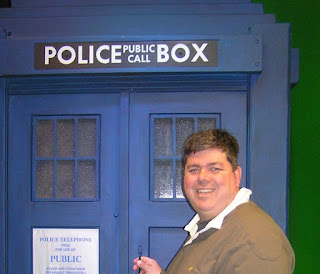 Philip was born and raised in Sydney, Australia, though loves to travel the world. He started watching Doctor who while in hospital having had his appendix out and when he left insisted to his parents he need to know how the Masque of Mandragora ended.
First collecting Target novels, he started collecting all things Doctor Who eventually leading him to Big Finish. He spent many years in fandom and loves talking all things Whovian.
Favourite Audio: Doctor Who and the Pirates
Favourite Audio Spinoff: Gallifrey
Favourite Television Episode: Genesis of the Daleks
See Dwayne & Philip's appearance on PROGTOR WHO: LOCKED DOWN.