Details Revealed | The Eleven and the Sixth Doctor Set To Collide

Story and cast details are today revealed for this one-off series, in which the Doctor is pushed to his very limits when facing off against one of his own kind. 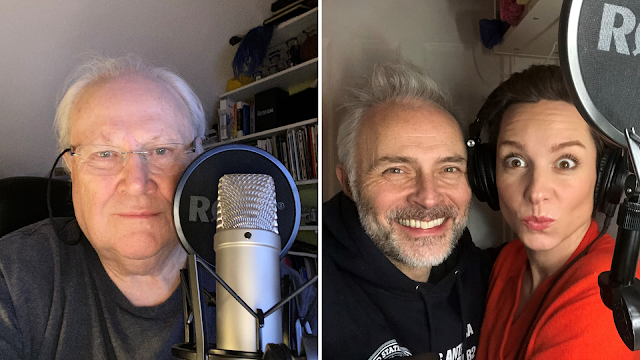 The scene is set for the ultimate Time Lord showdown, as Colin Baker’s Sixth Doctor faces Mark Bonnar’s the Eleven in three brand-new full-cast Doctor Who audio adventures, due for release in September 2021.

First introduced as an adversary in the Eighth Doctor’s Doom Coalition series, the deranged, murderous Time Lord, the Eleven, retains the personalities of his previous regenerations and uses them to create chaos across galaxies.

As previously announced, Miranda Raison returns as the Doctor’s companion, Mrs Constance Clarke, and Lucy Gaskell makes her Big Finish debut as mutant alien and companion to the Eleven, Miskavel.

Doctor Who – The Sixth Doctor Adventures: The Eleven is available to pre-order now from www.bigfinish.com.

The three terrifying tales are as follows:

One for All by Lizzie Hopley

The people of Molaruss are in two minds – quite literally! A world of duo-minds inside single bodies offers a unique opportunity to the Eleven, and his new wife, the mutant alien Miskavel.

Meanwhile the Doctor and Constance discover a derelict TARDIS, but are they walking into a trap?

The Murder of Oliver Akkron by Nigel Fairs

The Global President of Molaruss has been assassinated. The authorities believe they have the killer in custody – but which of his personalities did the deed?

Molaruss has a new ruler: the wise and benevolent Eleven - alongside his loving consort Miskavel – his many minds guiding every aspect of successful government.

But the Eleven has a plan to elevate his people to a new level of consciousness. And he cannot resist inviting the Doctor and Constance to witness his ultimate triumph…

Of the Eleven, Colin Baker said: “As a Time Lord, he’s a fascinating character – yes, he’s got one or two nice elevenths, but he’s also got a couple of really unpleasant ones. When the Doctor encounters him, he has to deal with a man who makes other villains look quite calm!”

“Mark Bonnar is terrific, playing eleven characters, sometimes in one scene, all talking to each other and remembering which is which. Actors love that kind of thing. In this box set, everyone is having a great time and it’s been lovely listening to them – they've done it superbly!”

Miranda Raison added: “This was really, really fun – it's a gift for any actor. Mark was amazing, playing such an extraordinary character – I kept on thinking it was somebody else! He'd come in and say something, then come in as somebody else and I'd realise that it was still him.”

“Constance and the Doctor are quite a good foil for each other. They've got quite a similar sensibility but, at the same time, she finds him chaotic. The going-backwards-and-forwards-in-time and the “let’s see how it goes!” attitude is not how her mathematical mind works, and yet they do work well together!”

DOCTOR WHO – THE SIXTH DOCTOR ADVENTURES: THE ELEVEN