The Spectre of Lanyon Moore by Nicholas Pegg 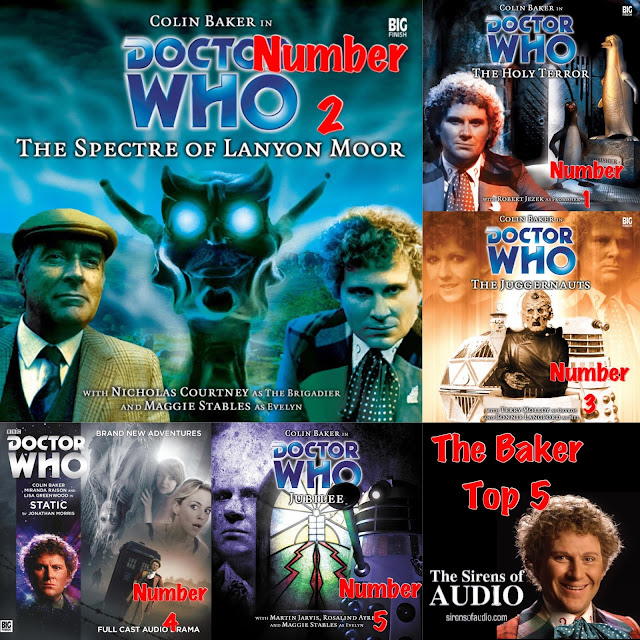 There is something quintessentially Doctor Who when it comes to creepy English villages, mystical powers and dark forces from the dawn of time. The Spectre of Lanyon Moor pulls out every trick in the Doctor Who book but does it so well you can hardly notice its homage to many, many previous Doctor Who shows.

It is clear that Nicholas Pegg is a fan of the show and he dips into so many moments from the past but combines them in such a way that you can’t but smile. Alien creature trapped on earth in opening minutes from City of Death. Strange goings on at an ancient burial site from Daemons. Creepy aristocracy member with library from Terror of the Zygons. Alien menace in the dark from Image of the Fendahl. English village from everywhere. And even an ending that crosses between Battlefield hero moment and the final scenes from Death to the Daleks. And every character except the Doctor and companions dead by the final scene like Pyramid of Mars, Horror of Rock and others.

One of joys of the story is the first proper meeting between the sixth Doctor and the Brigadier. Although this in part should have been a momentous thing it is actually played right down and the two of them just get on easily from the beginning. It is such a natural meeting with open trust from the beginning that it would be easy to forget that this is a new partnership.

Nicholas Courtney returns for the first time as the Brigadier for Big Finish and he falls into the role immediately. Like putting on a pair of comfortable shoes, Courtney is in straight back into the role and grabbing all the best lines. His nonchalant approach to the Doctor throws the Doctor slightly which is so charming to hear. His connection with Evelyn is also charming.

Maggie Stables is once again superb as Doctor Evelyn Smythe. In only her second appearance you can see what a perfect foil for the Doctor Evelyn is. Although its hard for her to be running down corridors she won’t be ignored, is given important work to do and can do a good smash and escape when needed. Colin and Maggie play off each other brilliantly and every scene they do together is a joy.

Colin continues to shine and is really the perfect Doctor. The great tragedy is he was never given stories like this to do, words like this to say and scenes like this to play in the TV series. Colin’s Doctor is compassionate, wise, righteously angry, moral, just, with a great sense of playfulness and concern for his friends. Had Colin received this level of writing and care during his TV run, there is a chance he could have been the longest serving Doctor.

The rest of the cast are excellent as well. Susan Jameson makes a great villain who goes from crazy dog owner, to just crazy to crazy dogs food. James Bolam starts being very trustworthy and yet slowly things change. And nice to hear Helen Goldwyn making her Big Finish debut playing a number of roles that would have been nothing in themselves but Helen gives all of her characters real depth, even if they only have a scene or two.

There is much, much more I could wax lyrical about this story but suffice to say it deserved to be in the top 5 of the Radio Times Poll and is well worth a listen.