Arthur Darvill Finds "Emotional Truth" in the Ridiculous - The Lone Centurion - Volume One: Rome is OUT NOW

All roads lead to Rome for Rory Williams in The Lone Centurion – Volume One: Rome, released today from Big Finish Productions. 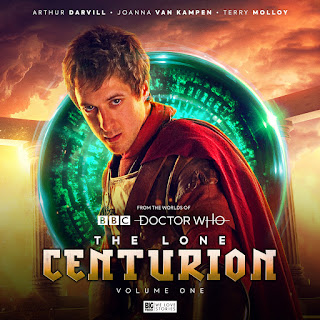 Companion to the Eleventh Doctor. Father of River Song. And, for 2000 years or thereabouts, an immortal Auton replicant watching over his beloved Amelia Pond. Arthur Darvill stars in a brand-new Doctor Who spin-off series of full-cast audio dramas.

This first volume features three thrilling tales of the time-travelling centurion, taking him from the gladiatorial ring to the heart of conspiracies and plots – all while trying to find the Pandorica, which he happens to have lost...

Legend tells of the Lone Centurion - a mysterious figure dressed as a Roman soldier who stood guard over the Pandorica, warning off those who would attempt to open it; a constant warrior whose story appeared in the folk history of a dozen civilisations.

Only... he seems to have misplaced it.

Travelling to Rome in search of the Pandorica, Rory finds himself forced to perform as a gladiator in the Colosseum... where he attracts the attention of the Imperial household. 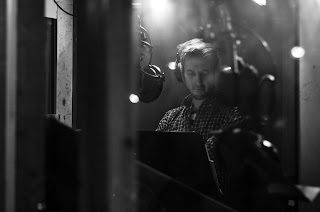 Director and producer Scott Handcock said: “The episodes are fantastically silly. They’ve been a joy to record, and an even greater joy to listen to in the edits. That’s the wonderful thing about working with someone like Arthur – even in the most ridiculous of situations, he finds the emotional truth.

“Our first volume opens with Rory in the gladiatorial ring, and events spiral out from there. It’s actually a perfect place to set a series like this. It’s a world populated with so many larger-than-life characters – emperors and assassins and soothsayers – that plunging Rory (with all his memories of the 21st century) into the thick of it proves a really enjoyable clash.”

Arthur Darvill added: “On audio, it’s so much fun to be able to play things with such variety, and just go for something – it feels like playing because there’s no pressure. You get to do the spectrum, from hammed-up, silly things to really heartfelt, tender stuff, and it’s always working with really nice people.

“And Rory’s such a fun character to play in the way he questions the world, and I think that works really well with these stories.”

The Lone Centurion – Volume One: Rome is now available as a collector's edition CD (at £19.99) or digital download (at £16.99), exclusively from the Big Finish website.

Plus, The Lone Centurion – Volume Two is due for release in July 2022 and is currently available to pre-order as a collector’s edition box set (on CD at £19.99) and as a digital download (at £16.99). Big Finish listeners can save money by ordering both volumes together in a bundle for £38 on CD or £33 on download.