Jenna Stannis takes on The Paluma Project in Blake's 7

We’re down and safe with Sally Knyvette, as she reads a terrifying new tale from the Blake’s 7 audiobook range. 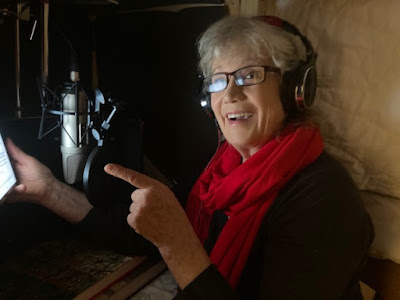 Due for release in July 2021, The Palluma Project is written by Tim Gambrell (Bernice Summerfield) and read by Sally Knyvette, who has played smuggler-turned-freedom fighter Jenna Stannis in Blake’s 7 on television and audio since 1978. This audio adventure takes the crew of the Liberator to a mysterious outpost in the far-flung reaches of the galaxy, where the Federation seem to be torturing mysterious aliens to find the secret of their powers.

Blake's 7: The Palluma Project is now available to pre-order as a digital download exclusively from www.bigfinish.com.

When the Liberator discovers a mysterious penal outpost in an obscure part of the galaxy, the crew soon find themselves fighting for their lives - not only against the convicted criminals the Federation are using as scientists, but against the horrifying results of their experiments.

What is the deadly secret of the people of Palluma 25 and why is it so valuable to the Federation? Only Gan holds the key to unlock what is really going on...

Writer Tim Gambrell said: “For someone who played Blake’s 7 with his Star Wars figures as a child, imagine the thrill of being asked to write an actual Blake’s 7 story. Then, imagine the thrill of knowing that Sally Knyvette – the amazing Jenna herself – is going to narrate that story. It’s one of those mad situations where you can’t quite believe things are true.

“With The Palluma Project, I wanted to write a story that gave Gan a chance to shine, and where his having a limiter was a positive for a change. But most of all, I set out to write a story that I thought would work well as part of the TV series, and wouldn’t seem out of place during the first half of the second series.”

Producer Xanna Eve Chown added: “The Palluma Project is a great story - there's lots going on, and some very challenging situations facing the Liberator crew at a spooky Federation laboratory with more than one dark secret. And it's a real treat to hear Sally Knyvette's familiar voice reading it to us.”

Blake’s 7: The Palluma Project is now available to pre-order as a digital download exclusively from the Big Finish website.